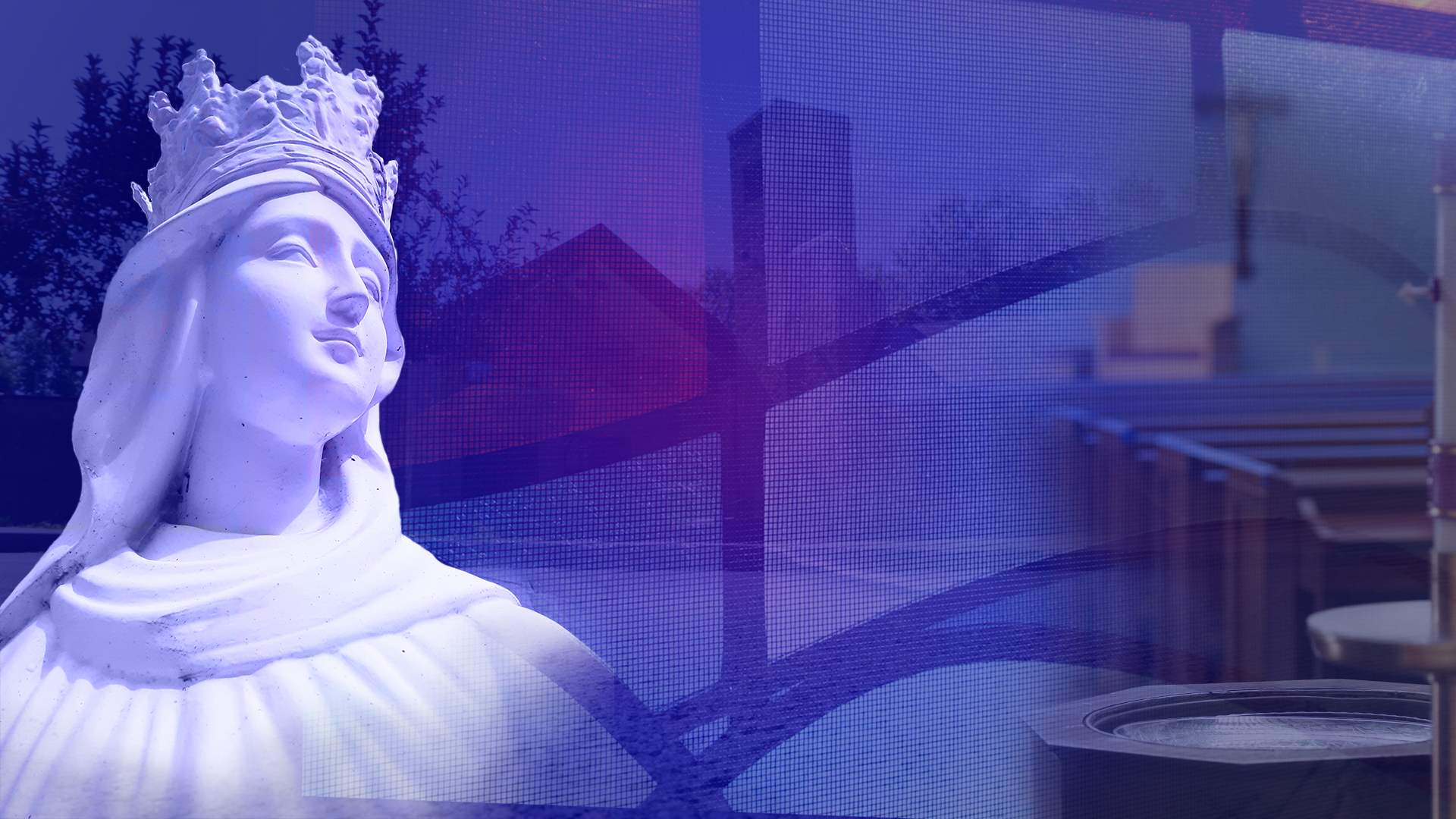 In 1921, Bishop Gibbons purchased property in Sycaway to establish a parish for the Albany Diocese. The farmland could be traced back to Rensselaerwyck, the only successful patroonship established by the Dutch West India Company in 1629. This parcel of land belonged to Dr. James P Marsh who, it is believed, used the farmhouse as a summer residence.

The drafty farmhouse became the rectory for Father Stephen A. Greeley, the first pastor. A "common room" in the old house was used for funerals, weddings, and other liturgical events until the church was built. It is said that parishioners and volunteers worked by car headlights on dark winter nights to finish the building. The name chosen by Bishop Gibbons, Our Lady of Victory, was added to the Blessed Virgin titles on October 7, 1571 by Pope St. Pius V after the Battle of Lepanto. It was later changed to the feast of the Rosary. Father Greeley served as pastor until he suffered a fatal stroke on March 2, 1942 while offering Sunday Mass.

Father John D. Collins, administrator, assisted the second pastor, Father Joseph Heenan, in overseeing the construction of a new church and school. This $325,000 project was dedicated on June 8, 1952. At that time Bishop Gibbons referred to the new church as a "standby structure" until a larger one was built.

The fifties brought much growth and many changes to the parish. Our Lady of Victory School opened in Sept. 1953 with four grades and added a grade each year thereafter.

The third pastor, Father William P.Casey, built a convent to house the Sisters of Mercy who staffed the school.

The retirement of Father Casey in 1959 brought Very Rev. Msgr. William M. Slavin as fourth pastor. Msgr. Slavin arranged for the refurbishing of the school, convent, and clubhouse. The church sanctuary took on a simpler style emphasized by the corona "Christ on the Cross" crafted by Robert Blood, a Schenectady sculptor and metal artist.

Father Joseph Dworak became pastor in 1978 when Msgr. Slavin resigned due to failing health. The eighties were noted for the encouragement of the parishioners to participate in the spiritual life of the parish. The first Eucharistic ministers and lectors were trained under the direction of Father Dworak. The Sisters of Mercy were recalled, leaving Sister Margery Halpin as principal and the last Sister of Mercy sent to O.L.V.

Father Dworak left in 1984 to be a hospital chaplain and Father John Connolly was appointed the sixth pastor. Father made many improvements to the parish property including converting the convent into a parish office and school library. Marcia Brady became the first lay principal, followed by Karen Snyder, the final principal. The Parish School closed in June of 2009.

Father Thomas J. Hayes was appointed pastor in 1995 when Father Connolly was transferred. Father Hayes had a piano installed in the sanctuary, sang the Canon of the Mass and did much to encourage the faithful to join him in song.

When Father Hayes was transferred in 1996, Father Randall P. Patterson, Chancellor of the Albany Diocese, became the eighth pastor. It was apparent that parish space limitations needed to be addressed. To that end, Father Patterson enlisted the help of the Pastoral Council to establish a Planning Committee to provide the parish family of OLV with a church building that will enhance worship, an updated school and a multipurpose space for the many parish activities.

Our registered membership encompasses approximately 1,280 families(upon the writing of this history).

(This is an updated synopsis of the parish history written by Joseph J. Godson to commemorate the seventy-fifth anniversary of the parish)

Dedication of Our Lady of Victory Church
May 5, 2002

Jesus, by Your gift, Mary, Your Mother is our Mother too.  We are grateful for her constant and powerful intercession on our behalf.  As the parish faith community of Our Lady of Victory, we pray that, following the example of Mary, we will continue to grow in love and discipleship thereby mirroring Your presence in our world.  When our earthly pilgrimage is ended, may we share in your victory with Mary and all the saints.  Amen.